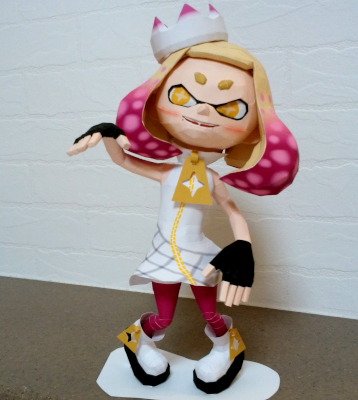 Splatoon is an exclusive game for Nintendo Switch and its predecessor console, while Pearl here is one of the character in the game.

Pearl is one of the two members of Off the Hook, a band featured in Splatoon 2, along with Marina, that hosts Inkopolis News, replacing the Squid Sisters from the first game. Her signature color is pink. She is voiced by Rina Itou.

She also has her own Amiibo figurine made so I guess she’s quite famous?

I have a Nintendo Switch but I don’t play Splatoon .

Pearl papercraft is designed by Baegashi from Japan. The difficulty in building pearl should be Hard as it requires lots of small parts. 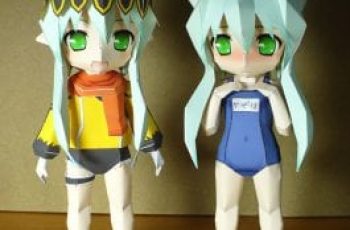 It's the same chibi Kazeko from Jingai Makyo's pc game … 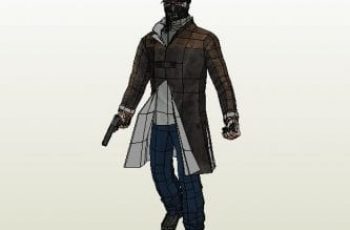 Aiden Pearce here is the main protagonist of the new … 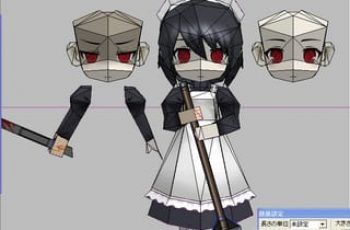 Mary is a character from 3DS video game Devil Summoner …

Gwendolyn is a playable character from the Odin Sphere video …